In this brief autobiographical profile, I’m not going to offer the traditional narrative. Instead, I’ve selected a few themes that I hope will speak to you, my Brothers, in support of our shared journey into more healing, wholeness, and community.

Family Context. I am the oldest of five children. My father died at age 35 of alcoholism, a heart-attack, and untreated PTSD from World War II. My mom remarried within nine months. She and my step-father had two more boys. My mother often described our family as “the most functional dysfunctional family she knew.” While there clearly was love, the functional part was more about keeping up our family front—saying and doing the right thing—in a wealthy Detroit suburb. On the dysfunctional side, I experienced maternal verbal incest, verbal and physical abuse from my first father, and verbal abuse from my step-father.

I grew up learning to be a perfectionist (I’m now a “recovering perfectionist”) and a leader, always having to set the example for my siblings. My false self, as for so many of us, got well-developed and fixed in my psyche in those early years. I’ve spent a lifetime uncovering my real or authentic self. I now understand that the relentlessness Spirit in me is the Grace of God.

Mental Health. Slowly ‘losing it,’ and the hard work to regain ‘it,’ has been a life-long challenge. Ever since I was a little kid I knew something was “wrong” with me. I didn’t know what. I thought about suicide a number of times as a teenager and as an adult. I am grateful that it was just thinking about it, and not planning or attempts. I started seeing psychiatrists and therapists as a teenager and continued in college and afterward. It was only when at age 30 I admitted that I was an alcoholic that the door opened to being able to really use the good services of mental health professionals.

I’ve been blessed to have their services over many years as I re-parented myself, grew in my recovery as an alcoholic, dealt with chronic depression and anxiety, received couples counseling, recognized that I was multiply-addicted (alcohol, food, and sex), and change all sorts of self-defeating behaviors and belief systems as an adult child of two alcoholics.

Two and half years ago, for reasons that only God knows, the depression was lifted and my spiritual life took off big time. While I still cope with days of major anxiety, I know they will pass. And, as a single guy, I have a support system of family and friends who care deeply about me, and I for them. Recently, they are helping me to deepen my commitment to my own self-care, of mind, body, and Spirit, and to let go of resistance to that.

Spiritual Life and Growth. As a teenager, my grandparents used to tell me I should be a minister. That certainly fed my young ego. I was always a very good and sympathetic listener to platonic girl-friends who had all sorts of boyfriend problems. I never had very many boys or men as friends. I had some indefinable and beautiful experiences that I now understand as mystical experiences of God. My participation in 12 step programs has helped me lay a solid foundation for deeper interior work and openness to God’s mercy and forgiveness, in spite of the fact that I find it so hard to forgive myself—but I’m getting much better at that. I am questioning a lot these days, and not beating myself up for doing that: my home church, my Episcopal heritage, and aspects of Christianity that seem disconnected from today or even irrelevant to real human experience. I am studying the notion of the emerging church. As a spiritual director myself, I am so grateful for my own spiritual director and her consistent love and insights. And God is really the Spiritual Director. I am also finding that my faith is replacing a lot of my rampant anxiety. What a gift that is!

Work and Professional Life. I was a history major in college because I needed to avoid anything that required mathematics. After a stint in the Army, I thought being a clinical psychologist would be cool, only to find out that there was a lot of math there, too. I dropped that and decided to move to Washington, D.C. and be in politics. I had a very successful but brief career before I burned out on the partisan BS.

Since then I’ve had a career (as a “certified generalist”) of changing careers, not just changing jobs. It has involved a lot of trial and error, and hiring into toxic organizations, and working for some really awful leaders. Looking back, I’ve been in a continuous discernment process to learn the lessons I needed to learn, and to clarify and narrow down what is really important to me, and where I feel called. Frankly, with the help of 12 step recovery and lots of good therapy I am clear that when I work one-on-one with people, I feel energized and inspired.

I’ve recognized that making a lot of money was actually not that important to me—though society often says otherwise—and that I was ready to work part-time for life, after so-called retirement. The irony is that God has been with me even when it didn’t seem like it, like the “Footprints in the Sand” poem. These days I continue a successful private practice as an executive coach and spiritual director. The upshot is a much simpler, fiscally very conservative, and more contemplative life than I would have ever predicted for myself.

Coming Out of the Closet. I now understand that much of my turmoil as a young child, a teenager, extending into my adult life, and a failed marriage was due to my profound denial of the fact that I was gay. There is no doubt in my mind that I was born gay and that God built me that way. In the 1950s, 1960s, and 1970s much of our culture labeled me as a sinner, psychologically disordered, a pervert, fag and fairy—to name a few. I went way underground emotionally and spiritually and stayed there, completely unwilling to even acknowledge years and years of clear signs that I was, indeed, gay. I knew I was confused but buried the confusion in my righteous and well-intentioned intellectual private debate about whether I was gay, straight, bi-sexual, asexual, or nonsexual.

I attribute many of the addictions and challenging mental health issues to that severe repression. After I came out and started dealing with my own internalized homophobia, regaining a sense of wholeness (God-given at birth) and forgiving myself for being my own worst enemy has taken a lot of time and effort. From the ongoing repression and coming out, the pain has brought many, many gifts.

Most especially, I have been so gratified to hear a number of men in Illuman and Indiana/Michigan M.A.L.E.s share their own intimate and deep struggles with sexuality. Though we all have very different needs and issues in this matter, there is an going bond of trust and respect that, I believe, allows us to really experience community and know ourselves, each of us, as beloved sons of God.

Thank you for reading and being open to this sharing. It would be an honor to respond to questions and/or have an email exchange on any aspect of what I have written about that touches you.

This author hasn't written their bio yet.
Richard Gibson has contributed 3 entries to our website, so far.View entries by Richard Gibson 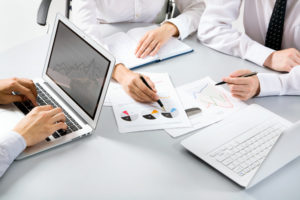