It Started at the recent I/M MALEs Re-Wilding Retreat

I knew that participating in the Re-wilding Retreat was going to invite me to confront myself (my shadow), yet again.  Mid-morning on Saturday I was in quite a bit of emotional pain and tears.  I had publicaly owned up (thank you Ritual Elder Nick Simons) to my fakery of paying lip-service (to “look good”) to the tragedies inflicted by humankind on the Green Scripture, all creatures, and ourselves.  I had believed deeply in “my story” of having to protect my “fragile” emotional self for years, even though it clearly was a bankrupt story.  For years I had been keeping myself “in a trance” of disengagement to avoid the experiencing the pain experienced by Creation and all its inhabitants.

In the ever present safety of our weekend container, I could let myself feel the pain of the world, pain I had been denying and pushing deep for years.  And, the good news turned out to be that I was, in fact, that loving man I had thought was just my public persona. I left the weekend carrying much gratitude for I/M and my fellow Brothers.

The Challenge of Orlando and the past

Little did I know that a week later the slaughter of 49 and wounding of 53 of my LGBTQ Brothers and Sisters (my other tribe) in Orlando, would be a profound test of my willingness to keep my heart open and suffer deep heartache.  So, as it has been for so many…it has been a difficult time these past weeks.

As I shared with a couple of Brothers, it provoked some vivid visceral memories of my being beaten unconscious on an evening outside my gay church in Washington, DC.  I was sent to the emergency room.  While I had no major physical trauma, the emotional trauma from that first- hand experience of hate and physical violence has never left me.  It was quite a wake up call in so many ways.  Hate is hate. It has so many sinister and perverse forms.

As I watched news reports on Monday and Tuesday following the massacre, I found myself asking God, “Ok, I understand I’m being called to keep my heart open even though I very much want to go into a trance of not letting the tragedy touch me.  Is there something else?  What can I do?”  At Tuesday noon a dear friend living in Ann Arbor called me and told me that singers and an orchestra were gathering that evening at University of Michigan’s huge Hill Auditorium to sing Mozart’s soaring and profound “Requiem.”

I thanked God for this gift. I was in Ann Arbor in time for a brief choir rehearsal (180+ singers).  I have sung this deeply moving and spiritually uplifting piece many times and know it almost by heart.  In fact, I had an amazing mystical experience singing it back in Lansing in 1978.

Hill Auditorium is probably the largest auditorium in SE Michigan.  Picture:  180+ singers, a full orchestra (80+), 4 superb soloists, and an audience of at least 2,700 of all ages (including kids!)! All gathered together – simply to be together in solemn solidarity – in less than 48 hours.  There were some very brief speeches before we started.  All of us in that Hall were very clear we were making a statement about how LIGHT overcomes the forces of darkness.  We were being “bringers of light.”

After the final powerful chorus of this spiritual masterpiece, we held an extended period of silence.  The audience then erupted in on-going, joyful, and thunderous applause. They were just so appreciative and grateful for the SPIRIT OF LIGHT that this “Requiem” had brought forth from all in attendance.  The evening concluded with 2 mins of thanks and affirmations from at least 10 religious leaders (representing many traditions) in the Ann Arbor area.  I was so grateful that I was able to “sing my newly opened heart out!” – in safety. The vital lessons of the Re-Wilding Retreat were very present for me.

God had answered my wondering about “what to do”.  Yes, this has been a difficult time. I am, however, so grateful that our country is evolving in authentically welcoming members of my LGBTQ tribe into a fuller, more justice-filled life.  And, yes, there is much work to be done.  And the question still remains for those of us that are LGBTQ – “Can we be safe anywhere?” I pray our Higher Levels of Consciousness – that God’s Unconditional Love – be given a deeper, broader, and more full expression in support of all humanity and Creation. More open hearts? After all, we are not only “bringers of light”. We are, most importantly, Instruments of God.

This author hasn't written their bio yet.
Richard Gibson has contributed 3 entries to our website, so far.View entries by Richard Gibson 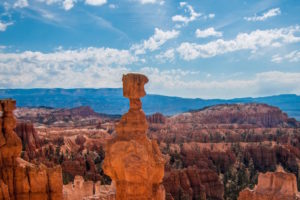 Grounded and Centered in the Tapestry of Life

I received a sympathy card from a good friend after[...]

🔥 We grieve for our brothers and sisters in Ukraine as their nation is being over-run by the Russian military. - https://mailchi.mp/inmiilluman.org/we-decry-the-unjustifiable-invasion-of-ukraine-as-unacceptable-we-offer-our-support-in-prayer-and-presence-to-our-brothers-and-sisters-in-ukraine