We are all powerless…

Home CenteringWe are all powerless…

We are all powerless…

At the monthly men’s meeting I attend, part of our ritual is to share something we are powerless over. Telling a bunch of guys “I am powerless over…” is hard. In our culture men are supposed to be capable, ‘can do,’ have the ability to get things done. Powerlessness can be seen as weakness, being less of a man.

For me, starting on the spiritual journey—discovering Richard Rohr’s writings, attending Illinois Males retreats, going on MROP—was exhilarating. In some ways it felt like waking up.

Then I had a bit of a letdown. I was still bedeviled by the same old me. I still struggled. I still had good days and bad days. I’d made progress on some things, but really struggled with others.

Some of Rohr’s meditations on powerlessness have been helpful to me.

We are all powerless, not only those physically addicted to a substance. Alcoholics simply have their powerlessness visible for all to see. The rest of us disguise it in different ways and overcompensate for our more hidden and subtle addictions and attachments, especially our addiction to our way of thinking.

Rohr’s book Breathing Underwater is about the spirituality of the Twelve Step program. The very first step in the Twelve Step program is admitting that one is powerless. Rohr says that if you don’t do that, you won’t be able to recover. The ego will keep trying to fix things on its own. There can be the temptation to deny that there’s a problem, or to deceive oneself into believing that it’s not so bad.

Only after hitting bottom and reaching out for help can recovery begin.

Until and unless there is a person, situation, event, idea, conflict, or relationship that you cannot “manage,” you will never find the True Manager. So God makes sure that several things will come your way that you cannot manage on your own.

I’ve gradually come to realize that powerlessness isn’t all bad or something to be ashamed of. We are all human and imperfect. Wisdom here lies in accepting ourselves for who we are, realizing that we’re OK in spite of our weaknesses.

One thing I’ve found about our men’s group ritual of saying “I am powerless over…” is that naming it—the thing we are powerless over—to others can be freeing.

In some sort of cosmic joke or paradox, God uses our weakness and powerlessness in our favor. Once we acknowledge our problem and face it, it loses some of its power and it becomes easier to move forward.

This author hasn't written their bio yet.
Tom Lehman has contributed 4 entries to our website, so far.View entries by Tom Lehman 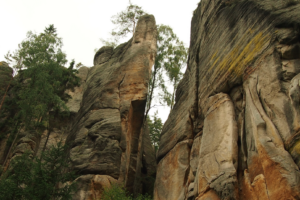 I hope this Newsletter finds you well my friends &[...] 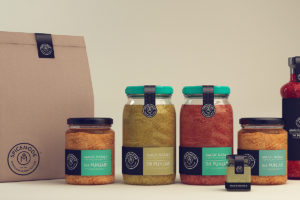 🔥 "Masked" and "UnMasked" Retreat has sadly been CANCELLED due to rapidly rising Covid cases in our region. - https://mailchi.mp/inmiilluman.org/masked-unmasked-acknowledging-your-persona-and-embracing-your-shadows-a-one-night-in-person-retreat-10657708

🔥 "Masked" and "UnMasked" take on new meaning when looked at through the lens of metaphor. - https://mailchi.mp/inmiilluman.org/masked-unmasked-acknowledging-your-persona-and-embracing-your-shadows-a-one-night-in-person-retreat

🔥 "Masked" and "UnMasked" take on new meaning when looked at through the lens of metaphor. - https://mailchi.mp/inmiilluman.org/knowing-your-narrative-unpacking-our-stories-of-masculinity-and-equity-oct-26-nov-6-and-nov-16-10536920

🔥 Knowing Your Narrative: Unpacking Our Stories of Masculinity and Equity - https://mailchi.mp/inmiilluman.org/knowing-your-narrative-unpacking-our-stories-of-masculinity-and-equity-oct-26-nov-6-and-nov-16-2021

🔥 Virtual Soularize is Less Than a Month Away - Join brothers from all over North America and from around the world to participate in ritual, hear Richard Rohr and spend time in council circles.https://mailchi.mp/inmiilluman.org/announcing-virtual-soularize-2021-october-23rd-24thjoin-brothers-from-all-over-north-america-and-from-around-the-world